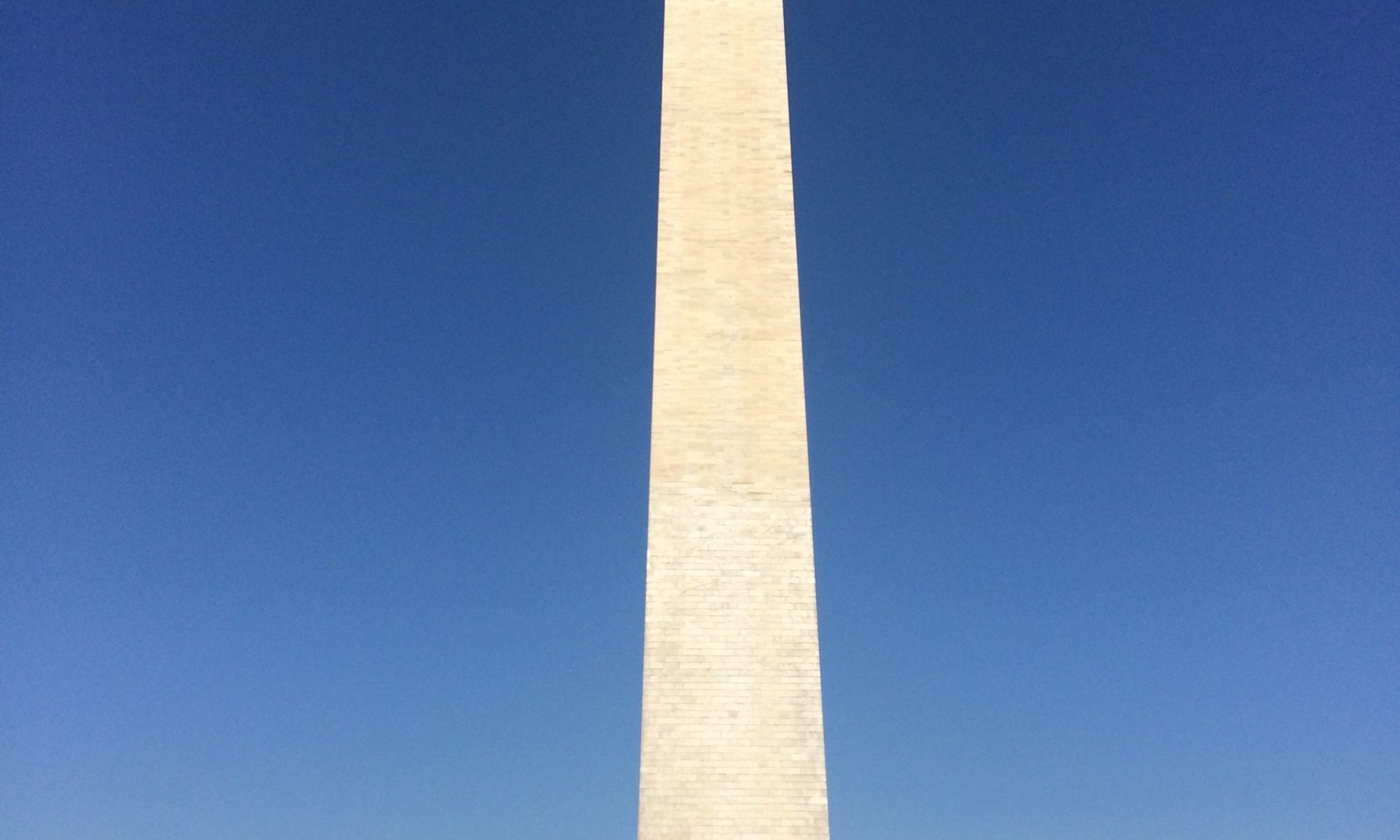 A trip to Washington DC and Philadelphia is a pilgrimage I hope every American has an opportunity to take. After having been there, it also seemed like every other nationality seems to share the same sentiment.

At one point, I had to giggle over the literal bottle neck/traffic jam that happened in front of the Liberty Bell at Independence Hall in Philadelphia. It was almost comical.   Every one, and I mean everyone, wanted a picture in front of that bell.  And one picture wasn’t enough, selfies from the left, from the right, with one friend, then with another, in the front of bell, back of bell….by the time one person was satisfied, 25 more tried to crowd into the tiny space their body once occupied. I hadn’t seen this at any other artifact. I heard Russian, Chinese (I think) German (I know) and even a little English.

I’m not a lover of crowds as I’d rather miss out than jostle for optimal placement. In fact, I was willing to forfeit the bell altogether had there been a long line to see it. The line was doable. However, the spectacle in front of the bell made me wonder why so many non-Americans were so obviously determined to get pictures with it. Any wait-your-turn method flew out the window when it came to the spot surrounding the actual bell. Apparently the bell’s allure isn’t isolated to our current decade, either. As you walk past the pictures displayed on the way to the bell, you can’t help but be struck by how many dignitaries from other cultures, countries, and decades also held the bell as an incredible important and valuable symbol.

This symbolism was not lost on those who could hear, yet not fully celebrate, freedom’s chime during colonial and revolutionary times. African Americans and women were overjoyed for American’s freedom; in their own way, they fought and sacrificed for it, after all.  But, they were still painfully aware the ringing in of freedom wasn’t ringing for all; there was still more freedom-work needing to be done. Even as early as 1820, Susan B. Anthony, who was barred from participating in the Centennial ceremonies, on July 4, 1876, read the Women’s Declaration of Rights (I didn’t know such a thing even existed) with the liberty bell as her purposefully-chosen backdrop. At that moment, I actually felt a solidarity with Susan, as well as with Betsy Ross, who risked her life by sewing our first flag in precarious secrecy while living in British-occupied Philadelphia, quite possibly with soldiers in her own home. I felt a solidarity with all women of that time; white and of color, who I’m sure were aware of the irony that freedom had been won, but not for her. How far away that must have felt for them from ever being realized. And it was.  What would they say now if we could hold the hands of our sister and say, “There will come a day when our vote counts!”? “When our opinions are heard. When, although not yet consistently equal with men in our country, there are many situations where we are and we are so very much farther to getting there than they could have ever imagined confined as they were to the oppressive society for women they knew so well then.

After visiting the Vietnam Memorial, World War II memorial (there isn’t a WWI, unfortunately), Tomb of the Unknown Soldier, and Lincoln’s memorial, the idea of FREEDOM, what it means for those who do not have it…and how it is so often taken for granted by those who do (I include myself) , made a mark on me in a way I really hadn’t expected. As an American, I was proud that so many people who hail from around the globe seem to hold equal impression of the magnitude of what that bell represents. Although I’m back home now and settled into our typical day-to-day, the awe-inspiring gratitude for all of those who gave what they had of life and family to achieve what we hardly stop to consider in our everyday lives so many years later, still lingers in such close emotional reach to me that I can take but a second to find tears.  And I’m very grateful for that. Being able to access that place of overwhelming appreciativeness is a gift I never want to lose.

If you plan to go, let me share some tips I wish I had known beforehand:

*The Metrocard and the Smithsonian:

The subway in D.C. is very convenient and the reloadable Metro card is also linked to the bus system.  We pretty much parked the car and hardly used it. You purchase and reload tickets at all the subway entrances but, there is a security measure that declines your card after using it for more than three transactions in one day. This became a little inconvenient while we were reloading tickets for a group. Reloading many tickets on one transaction isn’t possible so we were doing them separately with the same credit card. Then the card was declined so we pulled out the next card, and so on and so forth. It’s best to plan all your destinations for that day and purchase accordingly all at once.

We learned the hard way that it’s the “Smithsonian” stop that actually gets you right in the center of the mall; you come out in that long grassy strip that sits between the Castle and the Natural History Museum.  We had stopped at earlier stops several times, which provides the opportunity to see many other fascinating buildings, but, after walking 24,000 steps the first day (says my Fitbit), every step begins to hurt in a most agonizing sort of way so that I would have sold my soul in exchange for less steps. Just sayin’.

The changing of the guard begins about ten minutes to the hour and half hour. The walk to the tomb can be a little challenging for elderly, out of shape, or disabled, or lazy. I was three out of four of those descriptions.  Took us about 25 minutes walking at a decent pace, but it’s all uphill. Worth it, but I just wanted you to know it’s not some short, little, easy trek. You can buy a tour, they drive you in an open air cart that takes 45 minutes and $12 per person. Which can be very worth it if the day is hot.

They mean it when they say “NO PICTURES”. You can take pictures of the 9-11 memorial but nothing on the walk from parking lot over to the memorial.  I chatted with the guard as to why. He said pictures of the building, or any portion of the building beyond the side where the memorial is situated is prohibited. I had taken a pic of my hubby and showed it to the guard (um..because he asked to see it). Because there was the corner of the building, he asked that I delete it, which I did (sorry, hon). He said no gates or building can be in pictures with the concern that others with nefarious goals (my words, not his) can identify cars and use that info in some manner.

*OH—let me also clarify why some memorials are set facing alternate directions. We were puzzled over this until my son offered a completely reasonable—but incorrect—explanation (note: if you sound very confident with a fact, even when you aren’t sure, others are more likely to believe it). If you stand facing the engraved name at the edge of the bench and look up,  if you see sky, they came in the plane, if you see building, the person was in the building. The benches are oriented with regard to year of birth and month. All benches are located somewhere between what looks like narrow  railroad tracks, depending on their year and month of birth is where the bench is located.